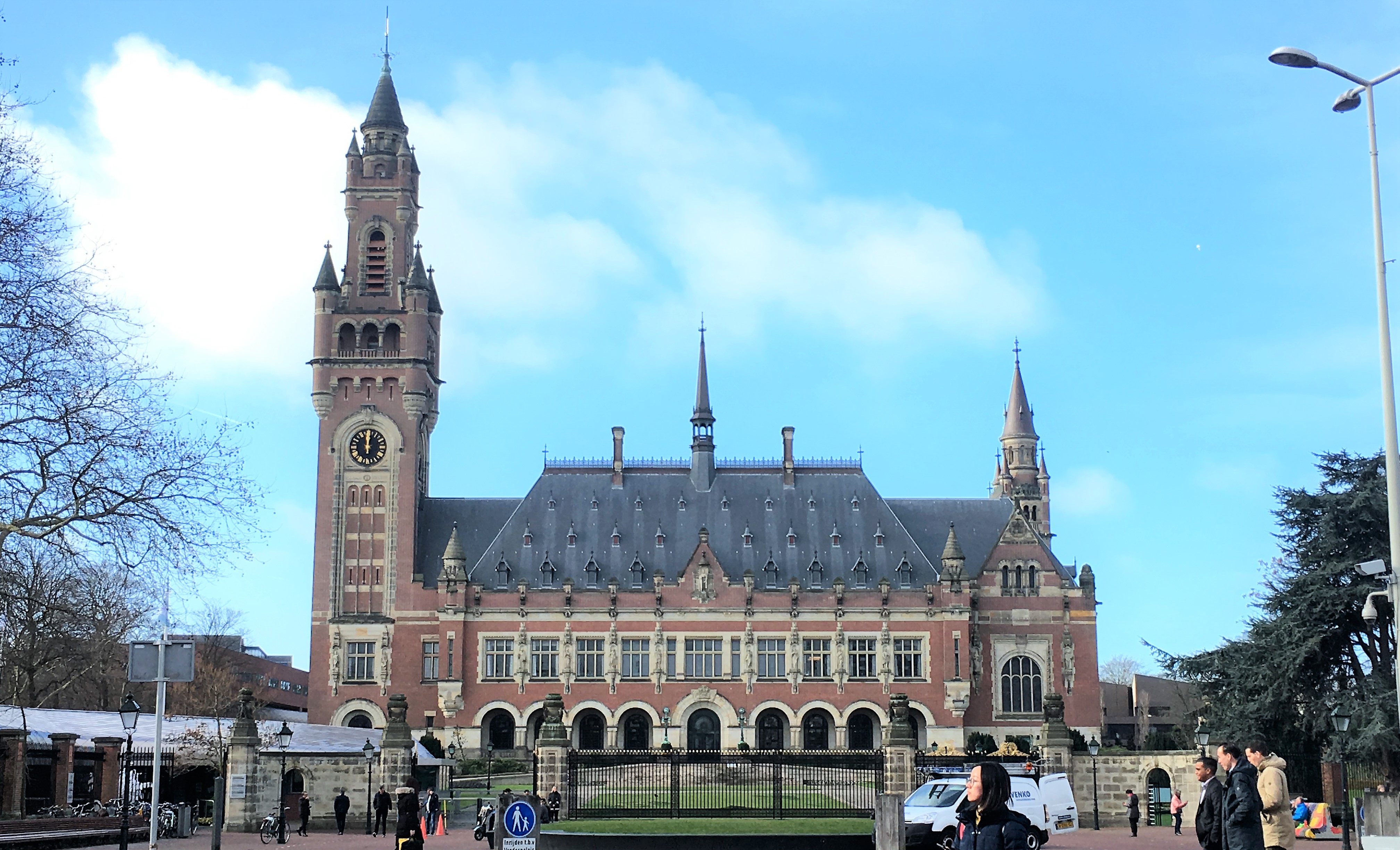 My Favorite Way to Spend A Day in The Hague

On a recent trip to Amsterdam, my friend Erin and I spent a day in The Hague (Den Haag). I had only wanted to see the Peace Palace in the city before continuing on to Rotterdam for the afternoon. However, after spending most of the day in The Hague there I completely fell in love with the city and cannot wait to return!

Looking for more day trip ideas from Amsterdam? Check out this Day Trip to Zaanse Schans!

Getting to The Hague via Public Transportation 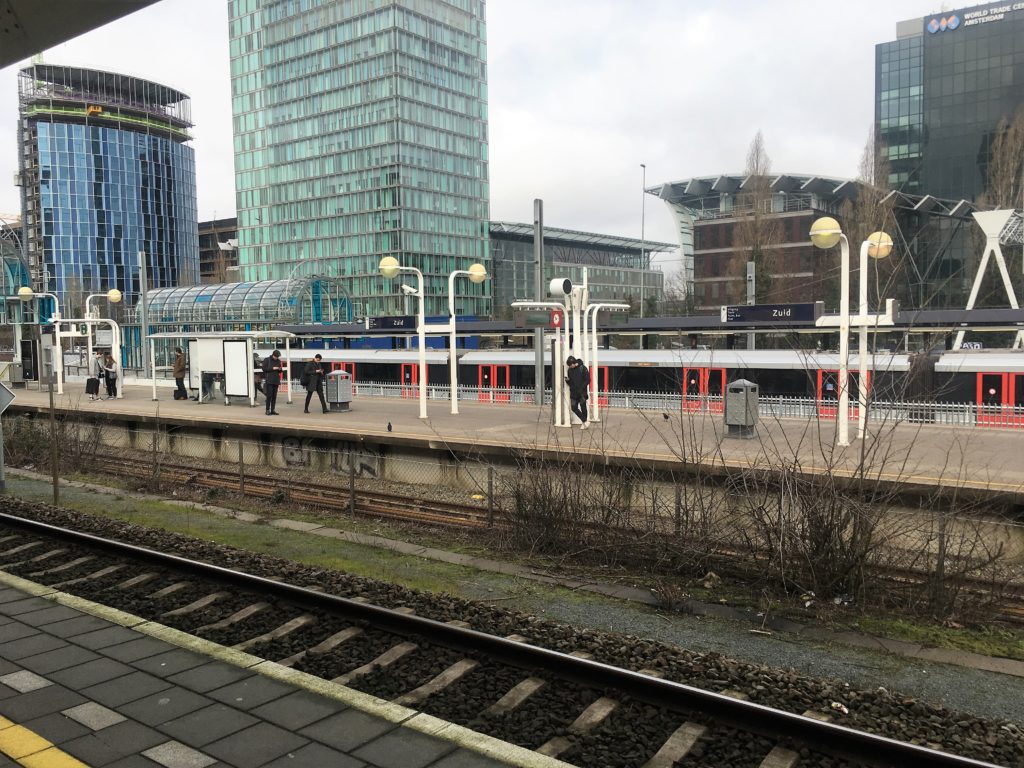 The most common way to get to The Hague is by train. The trip from Amsterdam's southern station, Amsterdam Zuid, is only about 40 minutes and costs 12 €. Traveling from the Amsterdam Centraal station takes longer and is slightly more expensive. The Hague is one of the main cities in The Netherlands, so there are also trains from Rotterdam, Utrecht, and other small Dutch towns. All trains arrive at the main station Den Haag Centraal, from which you can easily hop on a tram to city center.

There is also a smaller airport servicing The Hague and Rotterdam (airport code RTM). It is accessible by either train or subway from the Den Haag Centraal train station. It has direct flights from cities including Salzburg, Pisa, Geneva, London City, and Alicante, but you should be able to find a flight with one connection from anywhere in Europe to reach the RTM airport. If you are traveling from outside Europe, your cheapest and easiest option is probably to fly into Schipol Airport and take the train.

I was surprised to see Den Haag Centraal as a stop on Rotterdam's metro. The northern line on Rotterdam's subway system runs through its central train station, continues north through RTM airport and terminates at The Hague's central station. If you plan to spend a day in The Hague coming from Rotterdam this transportation method is also an option. 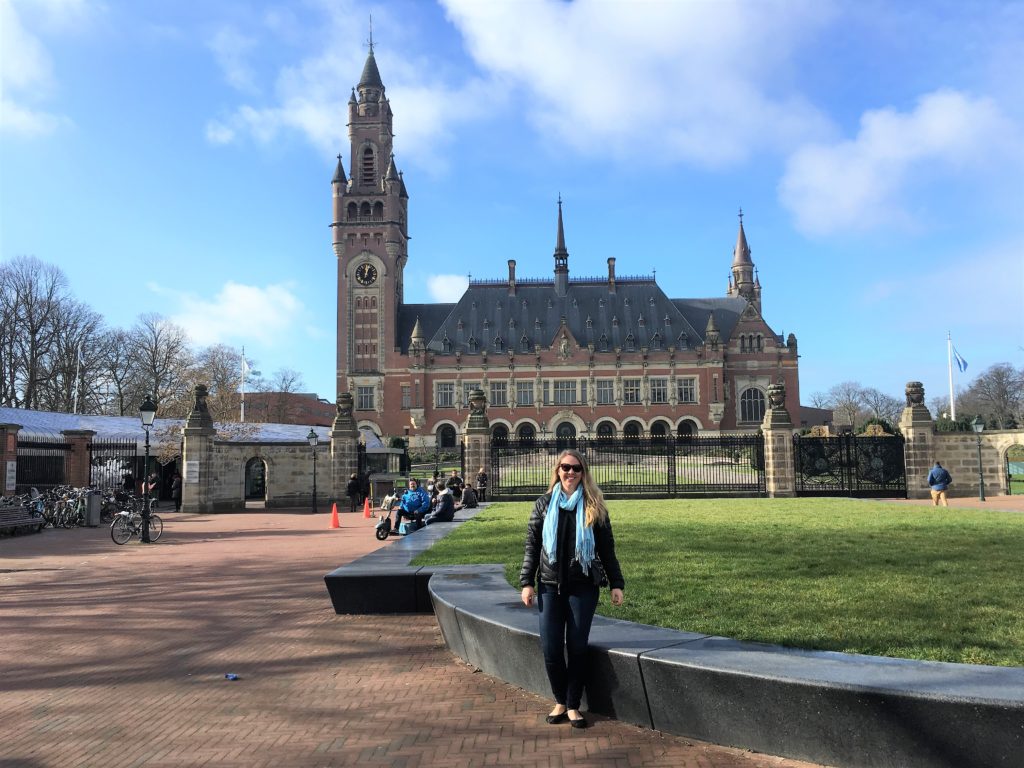 As a scholar of International Law I have always dreamed of visiting The Hague. It is home to some of the most important international legal institutions in the world. Its city nickname is The City of Peace and Justice.

Though there are many peace-oriented buildings in The Hague, the most beautiful is the Peace Palace. Built in 1913 after two peace conferences in the city led by Russia's Czar Nicholas II, the Peace Palace is the current meeting place of the International Court of Justice ("ICJ," the legal body of the United Nations) and the Permanent Court of Arbitration. It also houses a library of international law.

Visitors to the Peace Palace can explore its visitor's center and museum any day of the week. As the Palace itself hosts an active court and learning center guided tours are only available on certain weekends. The visitor's center has a free guided audio tour that lasts for about a half hour that is worth listening to. If you are determined to go in the building itself and wander the gardens on the grounds, check its opening days before planning your travel. 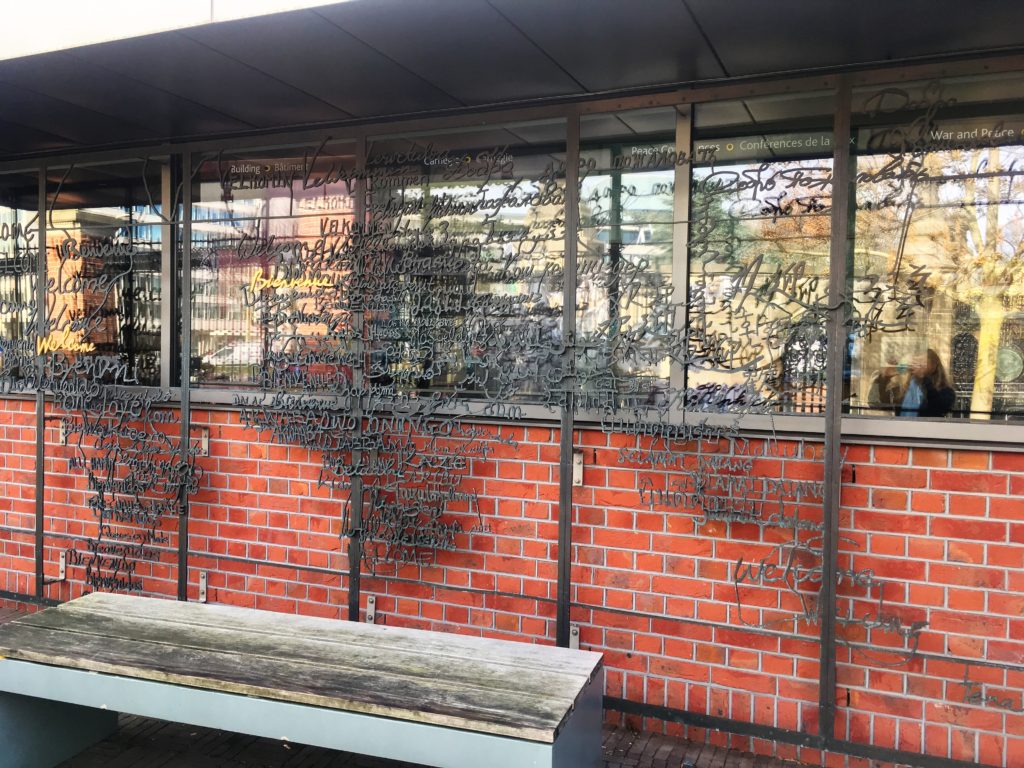 A map of the world outside the visitor's center: the map is made of the world "welcome" written in each country's native language!

Alternatively, if you are interested in listening to a session of the ICJ, you may arrive at the building 30 minutes before proceedings begin to be let in to watch. Note that this admission does not include a tour of the building or access to the gardens, just the opportunity to watch the Court in session.

After leaving the Peace Palace, Erin and I wandered through Archipelbuurt neighborhood making our way North. We were not hungry, but the sidewalk cafes looked so cute and the smells wafting from each one smelled amazing! We returned to this area later for lunch.

Any of the restaurants would have been great, but Zee Op Tafel had the best smells so we opted to eat there. Zee Op Tafel features a fish market in the front of the store with a small restaurant in back. Being in a seaside town we had to try the fish! I ordered fried mackerel and Erin had fried cod (or more correctly, the Lekkerbek and the Kibbeling). 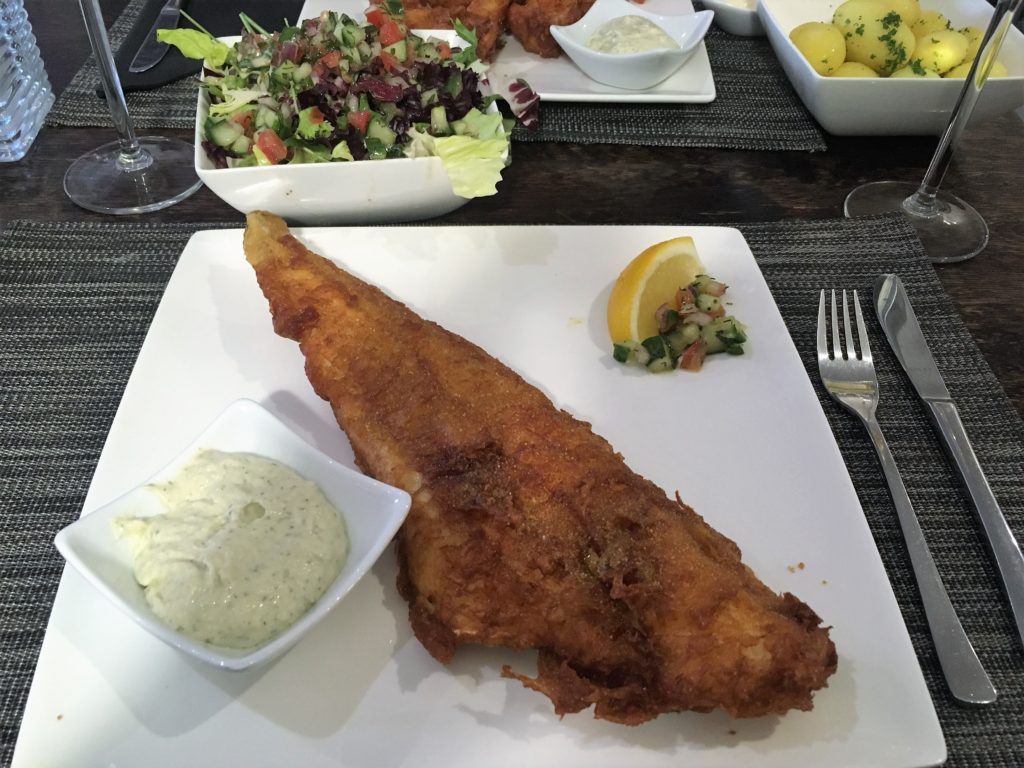 This meal contained some of the freshest fish I've had in my life! It was all crisp, clean, well-cooked, and with a pleasing distinct flavor that was not overly fishy. The side salad I ordered with it was refreshing. The waitstaff was friendly and attentive, rounding out the positive experience. I'm sure any restaurant in the neighborhood would have been equally pleasing, but Zee Op Tafel is one to which I would gladly return. 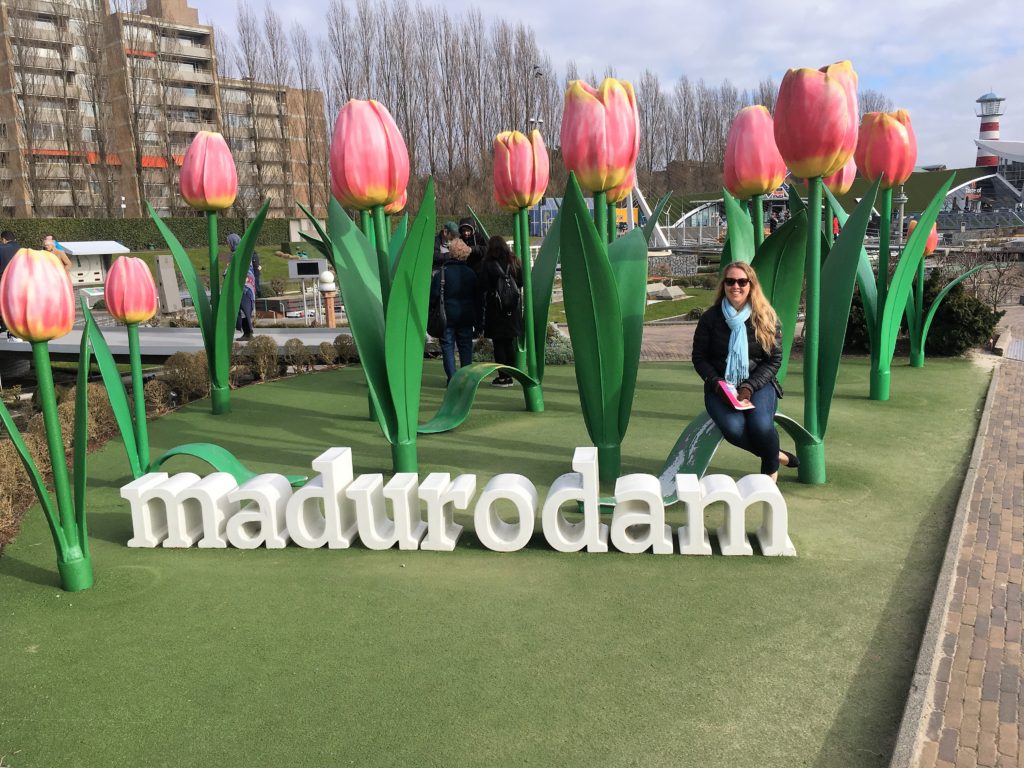 One attraction often noted in connection with The Hague is Madurodam. Madurodam is a miniature version of buildings and highlights in The Netherlands. It features most of the major cities and their landmarks like Dam Square in Amsterdam, the Erasmus Bridge in Rotterdam, and The Hague's own Peace Palace. It also portrays a port with container ships and Schipol Airport with model planes from various airlines.

Madurodam is named after George Maduro. Born in Curaçao in 1916, George was a Dutch law student who was conscripted into the Dutch army at the start of World War II. When the Nazis arrived in The Netherlands in 1940, George helped prevent them from completely occupying The Hague. He was later captured by the Nazis, held as a prisoner of war, and ultimately died in a concentration camp. He is a decorated Dutch war hero. His parents created Madurodam in his honor. It is intended to be the happiest war memorial in the world. 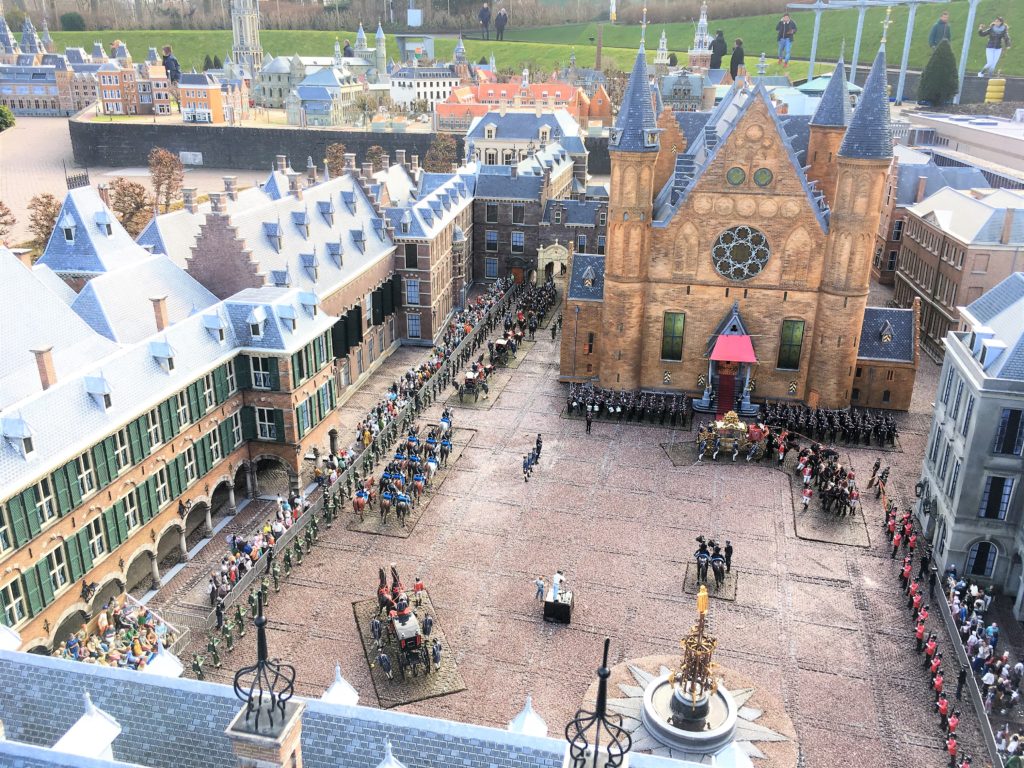 Madurodam is open every day of the year. Opening times are season-dependent. The entrance fee is 19,50 € for adults. Most of the park is outside, so I would pick a nice day to visit.

Madurodam has many interactive activities. You can use a miniature crane to load containers onto a ship or practice your soccer skills alongside the national team of The Netherlands. You can learn about The Netherlands' history with a 4D video experience. Did you know The Netherlands only became independent in the 1500s, and got its freedom from the Spanish with a Revolution? I didn't until I visited Madurodam!

Other Attractions for Spending Your Day in The Hague

There were so many things in the city I was unable to see and do during my  visit! As you are planning your visit to The Hague I recommend looking into the following things as well:

How do you plan to spend your day in The Hague? 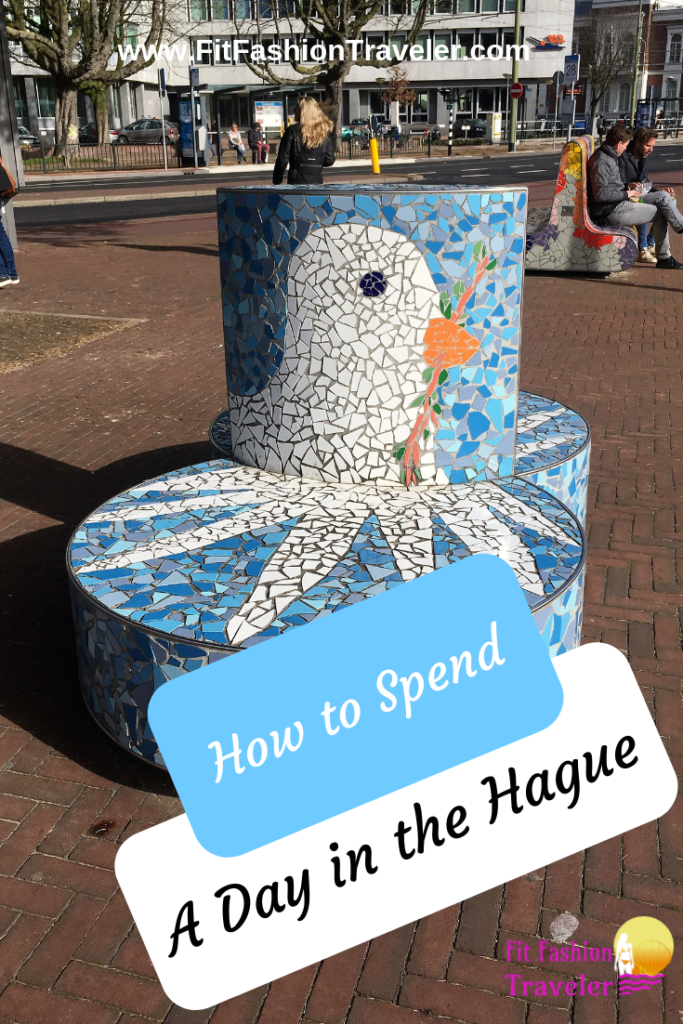 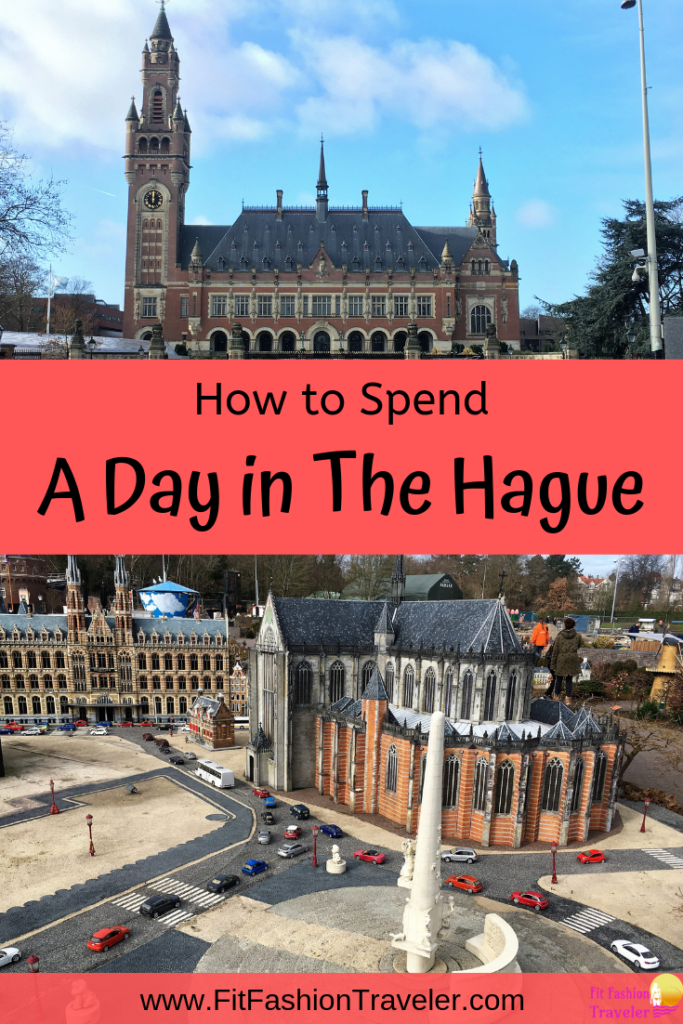 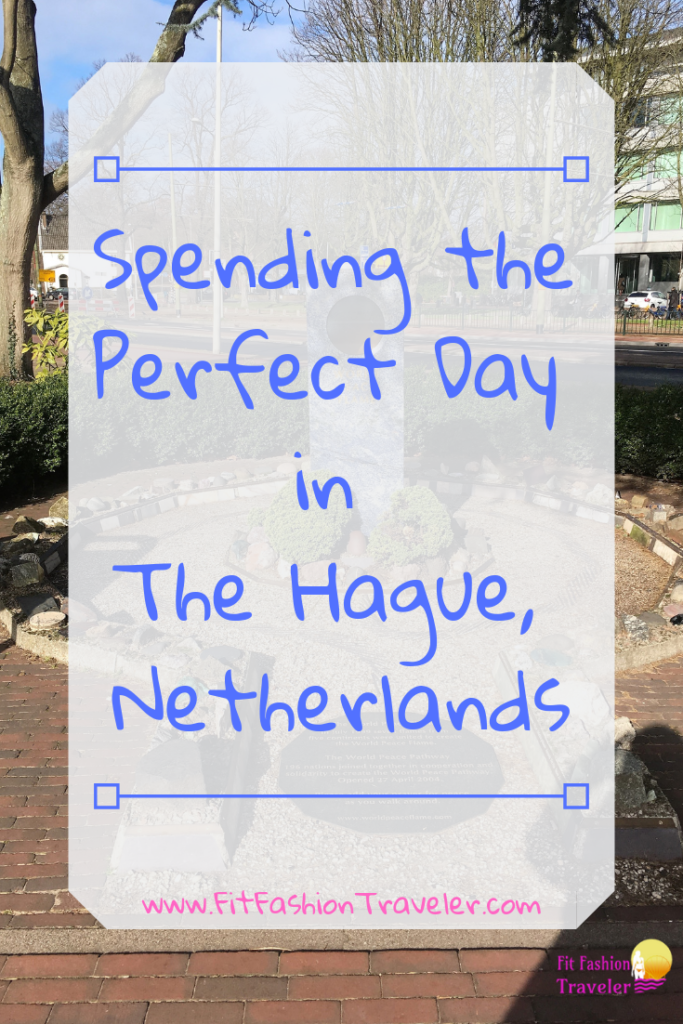