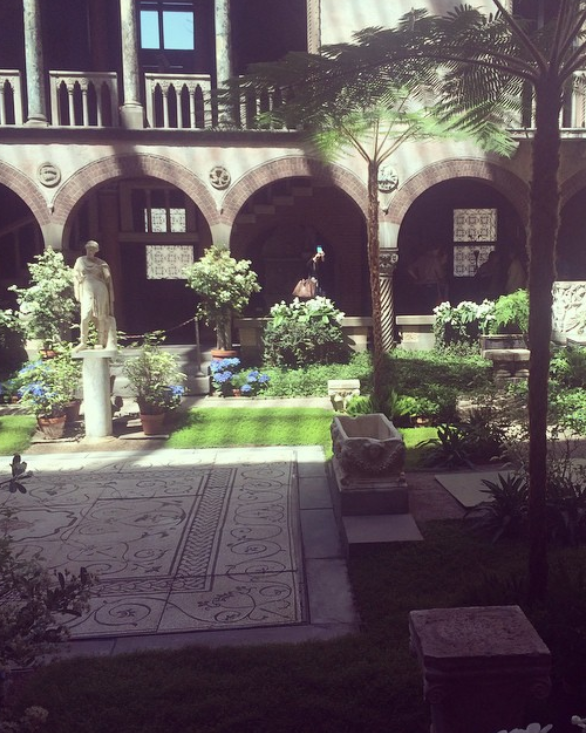 The other day a good friend asked for ideas of things to do in downtown Boston with his wife for their anniversary, and I completely blanked! To be fair, it was the middle of December and forecast to be the coldest day of the season so far with a high of 10 degrees Fahrenheit, so I was limited to activities that didn’t require being outside at all. Since that day, and in preparation for writing this entry, I’ve been thinking hard and talking with friends about what the top attractions are in Boston. I hope there’s something that appeals to everyone! 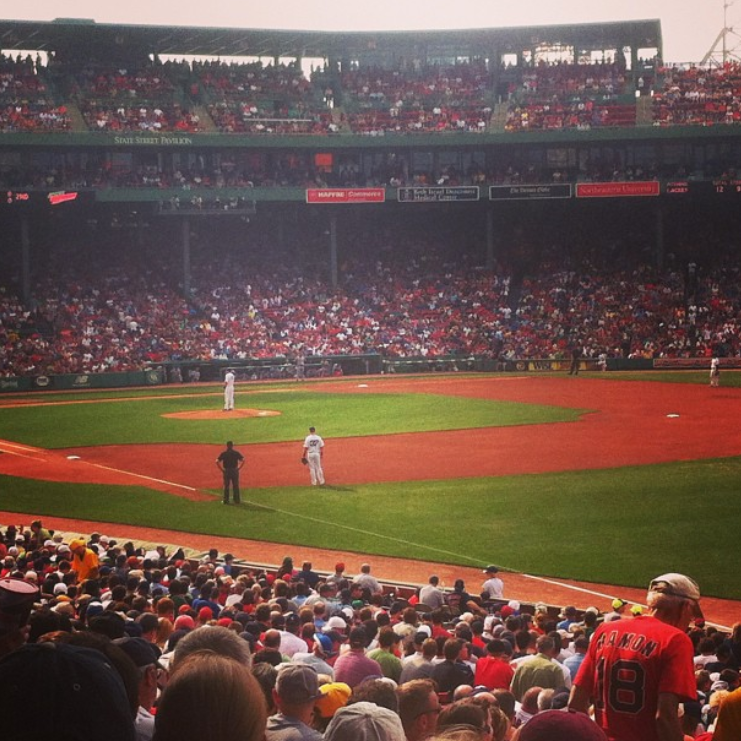 One of Boston’s many nicknames is the “City of Champions,” and with good reason: we have professional teams for all four of the major American sports (football, basketball, baseball, and hockey), and each has already won at least one national championship in the past 10 years. No matter which season you decide to visit Boston, you will be able to catch a game. If you want a relaxing, family-friendly atmosphere to both spend time with your friends and catch a game in America’s oldest ball field, check out the Red Sox at Fenway Park from April through September (or October if they make the playoffs!). If you want an intimate venue where you’re part of the action, head to TD Garden to watch either the Boston Bruins play hockey or the Boston Celtics in a basketball game: they share the venue, so be sure to check out which team is in town when you are in Boston. If you’re willing to make the trip – and pay the price for the tickets – you can catch a train or drive about 40 miles South of Boston to Foxboro to watch the five-time Super Bowl Champions the New England Patriots take on other football opponents on Thursdays, Sundays, or Mondays from August through January. 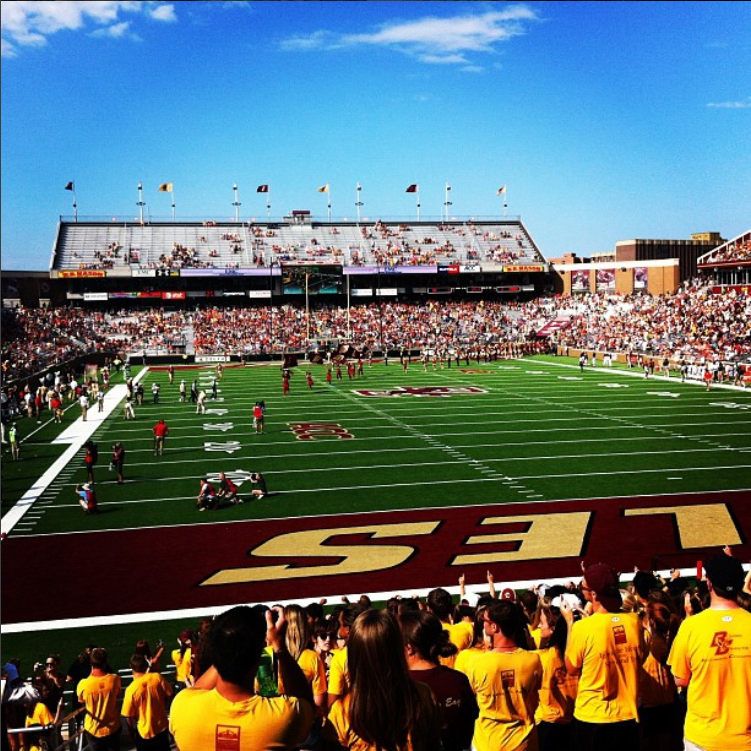 Finally, if quintessential American sports are not your thing, you could always catch a New England Revolution game (soccer), watch thousands of top runners from around the world compete in the Boston Marathon, which takes place the third Monday of April every year, or cheer on crew teams in the Head of the Charles the third weekend of October. College sports teams in the area, including Boston College, Boston University, Northeastern, and Harvard, are also exciting to check out, and usually for a fraction of the price of their professional counterparts!

Boston is a world-class cultural center with many opportunities to see valuable works of art and experience scientific innovation at any of the museums around the city. I’ve listed some of my favorites with a brief description below. 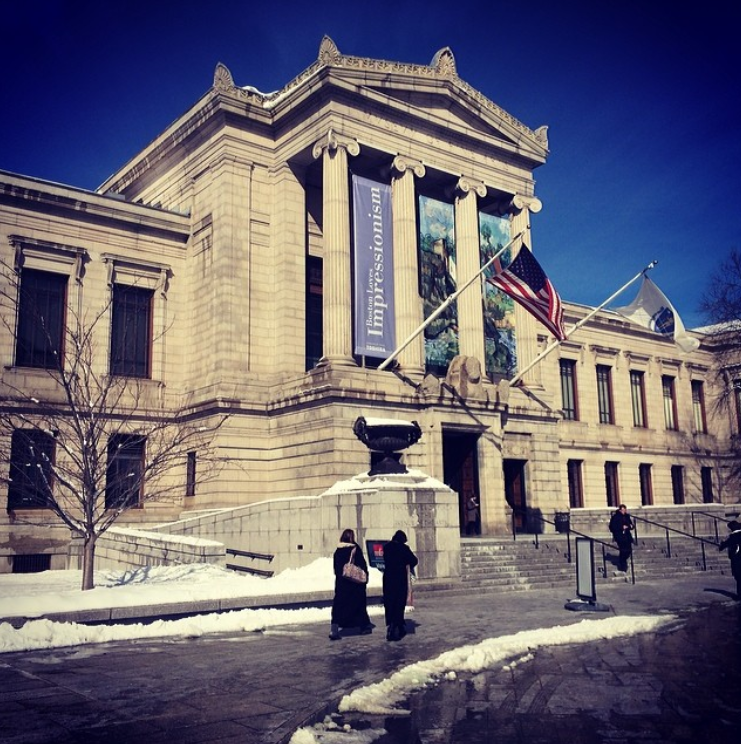 Museum of Science: Contains not only typical science museum exhibits, but a great Planetarium and Omni experience theater. From March through November you can also head to the Observatory on Friday nights to check out the real night sky.

John F. Kennedy Library: The 35th American President was born in the Boston suburb of Brookline, where his house is still available for tours in the Spring and Summer months. His Presidential library sits on the South Shore of the city, accessible by public transit, and takes visitors through his youth, time serving in World War II, Presidential achievements, assassinations, and other contributions to the country by his family members.

New England Aquarium: While not technically a museum, this aquarium is great for aquatics-lovers to stop by with its multi-floor eco-system in the center, a touching-tank with sea rays and sharks, and the main attraction, penguins!

Mapararium: Take a tour inside this three-story glass globe built in the early 1900s, to see not only this impressive feat of architecture but also how the world has changed in the past century.

Many of Boston’s museums offer special monthly events as well with drinks, music, and programs geared towards adults, including the Museum of Fine Arts’ First Fridays, the Gardner Museum’s Third Thursdays, and Boston “Grown-Ups” Museum night at the Boston Children’s Museum.

Whenever I have family members visit me in Boston for the first time, they always ask about walking the Freedom Trail. While the trail is claimed to start in the Boston Common and end at the USS Constitution ship in Charleston, I would recommend going backwards and ending at the Common where there are plenty of locations to grab food or drink and relax when you have finished, including the original Cheers bar. There are 16 official stops on the Freedom Trail, which can all be found by following the Red Brick Line in the sidewalk (similar to Dorothy’s Yellow Brick Road in the Wizard of Oz). Here are the stops I find most interesting:

USS Constitution: From the late 1700s, this is the oldest commissioned warship still afloat. After surviving the War of 1812 fighting against the British troops, she was given the nickname “Old Ironsides.” You can buy tickets to go on board and take a tour while she is docked.

Bunker Hill Monument: The second stop on the trail going backwards, the monument has 294 steps to climb to the top for a unique view of Boston.

Old North Church: The oldest church still operating in Boston, the steeple of this church is where the lanterns were purported to have been hung, “one if by land, two if by sea,” to signal to Paul Revere how the British were approaching so he could set off on his midnight ride to alert the colonists.

Paul Revere House: Built in 1680 and purchased by Paul Revere in 1770, you can visit the house where Revere and his family lived during the Revolutionary War.

Faneuil Hall: Filled with cute shops and vendors on the first floor, the meeting room on the second floor is where our Revolutionary Leaders met during the war, and where the Sons of Liberty expressed dissent against Royal oppression. While here, you can also stop by the shops and eateries of Quincy Market.

Site of the Boston Massacre: Identified by just a plaque, you can stand on the exact spot where the British troops shot at the colonists to ignite the beginning of the American Revolutionary War. A reenactment to commemorate the event takes place every year on the site.

Old State House: Visit the Old State House for a fascinating museum about the Revolutionary War, then step outside to look at the golden lion statue sitting atop the roof: in 2014 a time capsule from 1901 with its contents in almost perfect condition was found in the lion’s head when it was taken down for restoration.

Granary Burying Ground: An incredible cemetery in the heart of Boston near the Common, including a giant monument with the name “Franklin” on it, under which Ben Franklin’s parents are buried. Other individuals of note buried in this cemetery include Sam Adams and John Hancock. 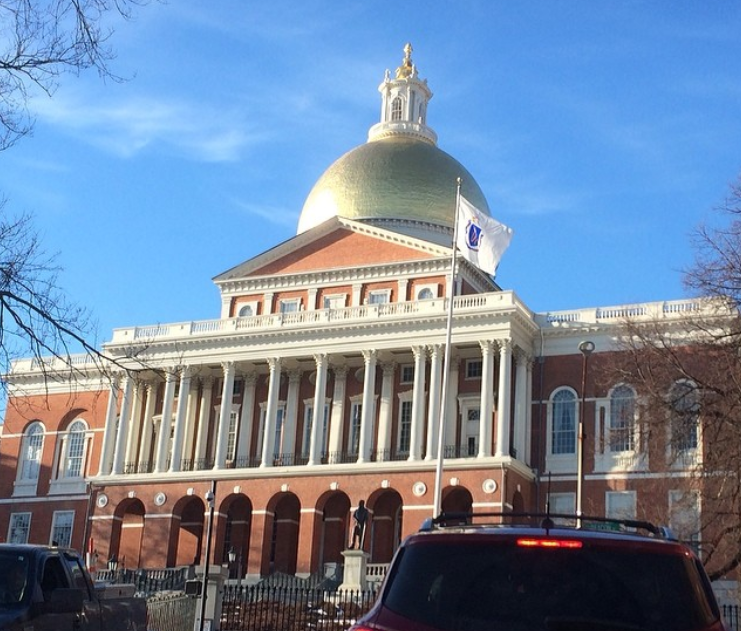 Boston Common/Boston Gardens: The Freedom Trail begins, and in this case ends, at the Boston Common. Used for many public purposes, including witch hangings in the 1700s, today you can find many families and college students enjoying the sun in the Common in the warm months, and ice skating on Frog Pond in the cold months. Walk through the Common to the Boston Garden, where the Swan Boats continue to make their way around the Pond in the summer months after almost 150 years of operation. 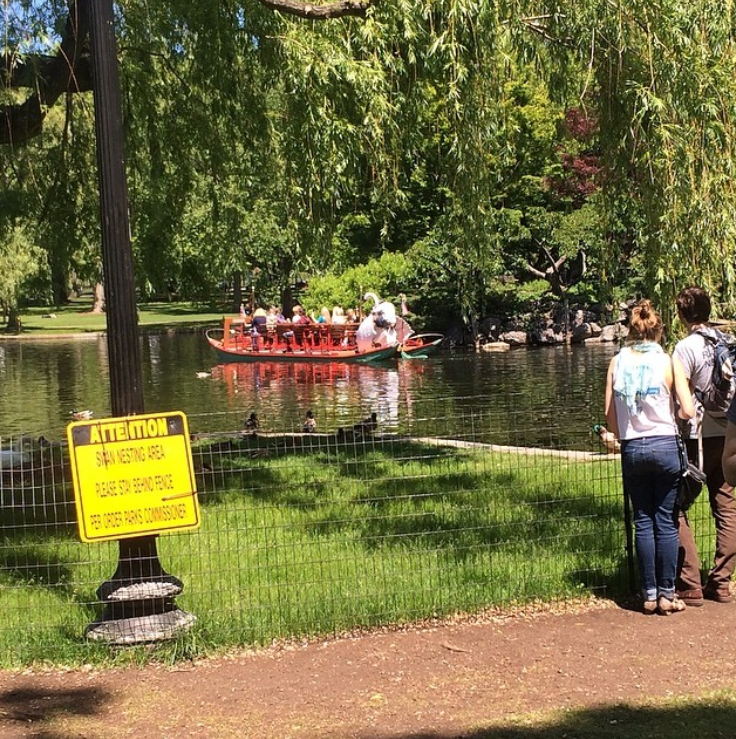 Take in a Show

Seeing as it is currently the holiday season in Boston, I cannot imagine being in this city without catching one of the many shows available. Check out the schedule at the Boston Symphony to see whether the Boston Symphony Orchestra or Boston Pops are performing: if you are under 40 years old, you can get $20 tickets for select performances, and if you plan your trip to see the Boston Pops right, you could see John Williams himself conducting some of his hits from movie scores including Jaws, Jurassic Park, Star Wars, and Harry Potter! Many college music groups also provide cheap or free shows, including most Berklee organizations and the Boston College Symphonic Band, who performs at the Hatch Shell each summer.

If theatre is more your thing, you can check out Shakespeare in the Common during the summer months, or a hilarious version of Shakespeare with a drunk cast member not quite following the script in Sh*tfaced Shakespeare. Again, many colleges will also put on their own theatrical productions throughout the year.

You may instead choose to see the Boston Ballet (their version of the Nutcracker is amazing), a Broadway in Boston show, or check out a comedy performance at the Improv Asylum. Many top-billing performers also come through the city frequently, performing not only at big venues like TD Garden but also more intimate music venues like the Royale, House of Blues, and Paradise Rock Club. 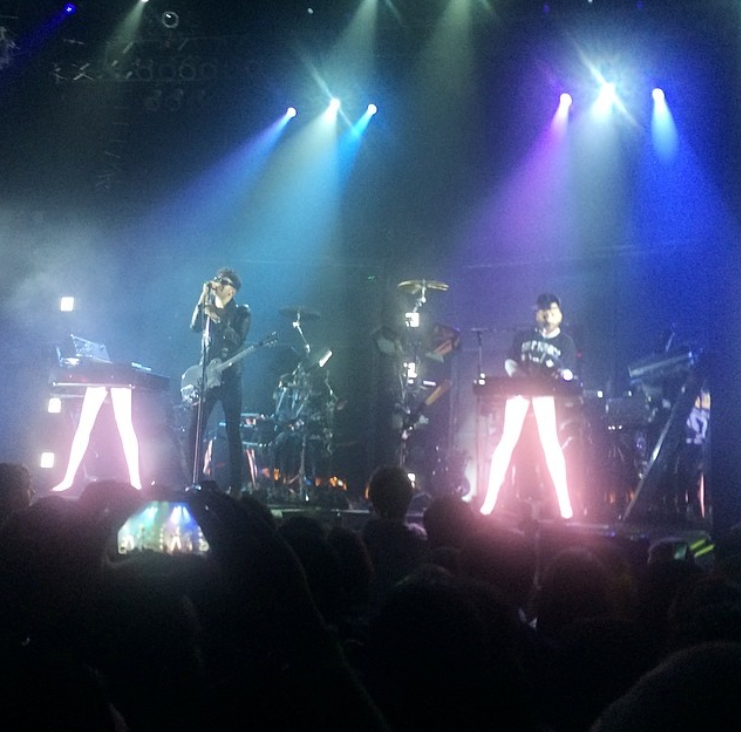 Chromeo performing at the House of Blues

Of course, as in any city, you could also fill your days wandering the streets of Back Bay, Downtown, South Boston, and the North End, going on college visits to view the campuses of Harvard, MIT, Tufts, and Boston College, and sit by the water in the Seaport or at the beach, but I wanted to provide examples of some of the unique cultural experiences Boston also has to offer. 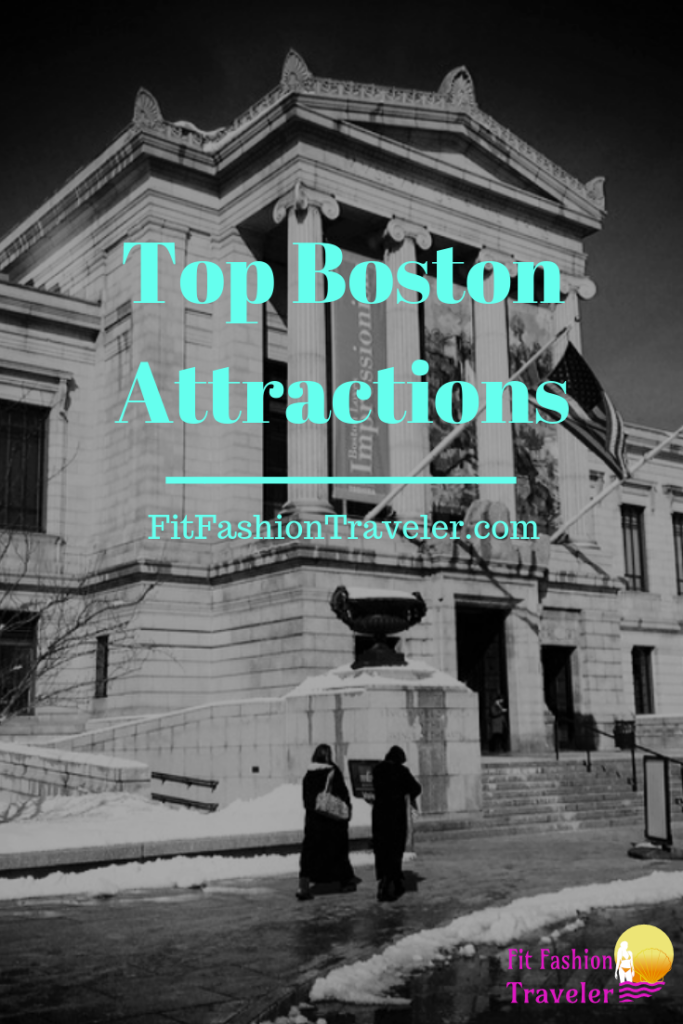